Contest of nanostories on nanoscience and nanotechnology 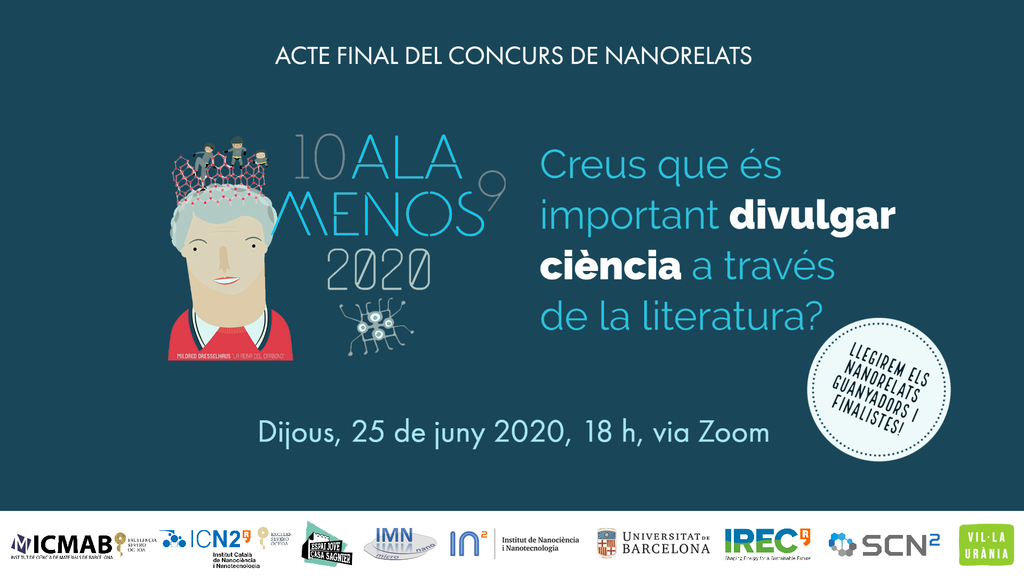 A jury formed by specialists in science and dissemination will decide on the contest winners, who will be announced on Thursday, June 25, 2020, at a ceremony where the finalist nanostories will be read. The contest is part of the Nanoscience and Nanotechnology Festival, 10alamenos9, which aims to bring this science closer to young audiences.

The Festival of Nanoscience and Nanotechnology 10alamenos9, where a large number of research centres, universities and other social entities participate, has organised this year an online competition of nanostories aimed at secondary school students (ESO and BTX) with the aim of disseminating nanoscience and nanotechnology among the young public.