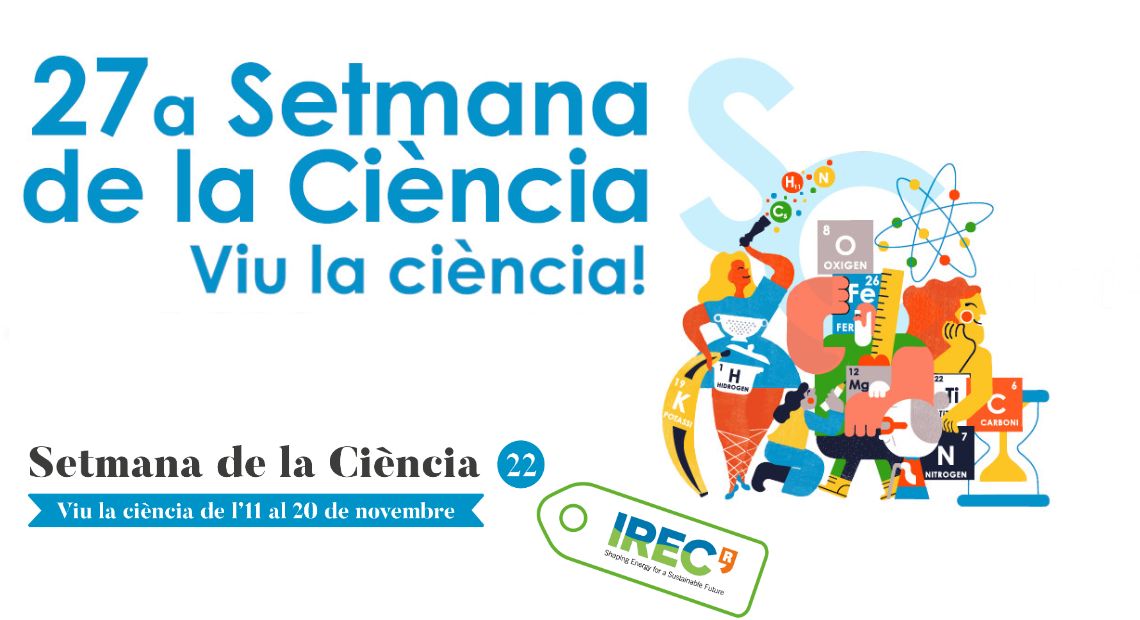 Once again, IREC participated in Science Week 2022, which was held in Catalonia from November the 11th to the 20th, with the aim of bringing science and technology closer to citizens, and promoting scientific careers among the youngest.

On November the 14th, the scientific exhibition “Gara and the energy that surrounds us 3.0” was inaugurated in Balaguer coinciding with the Science Week in 2022. The exhibition was achieved thanks to the collaboration between IREC and the Energy HubLab, a project of the Paeria de Balaguer and Diputació de Lleida to promote the energy transition in the Ponent region. It is located in the Casal Lapallavacara where visitors can enjoy until December the 7th. Students from 4th  ESO and 2nd bachelor grade from Vedruna Balaguer school already visited the exhibition (post). Gara is created by IREC with the support of FECYT and MCIN.

On November the 16th, the Science Day in Schools took place within the framework of Science Week. The Science Day is celebrated annually in schools; this activity is promoted by the FCRI and the Department of Education of the Generalitat de Catalunya. The aim of this activity is to promote scientific and technological vocations among 3rd and 4th ESO students through scientific and technological challenges formulated by researchers from research centers and universities in Catalonia. The researchers Juan Carlos González, Lucile Bernadet, Radostin Stefanov Pavlov i Kosova Kreka from Nanoionics and Fuel Cells group at IREC participated in this activity showing a video explaining their scientific discipline and proposed a challenge for the students. During the online event, the results of the challenges from the schools were presented.

All videos are published in this link.

On November the 18th, the FCRi organized the contest of scientific monologues in Catalan. The topic of this Science Week 2022 was the innovation and science developed throughout Catalonia. The event took place at Llibreria Ona in Barcelona, and involved eight finalists. The session was coordinated by the Big Van Science team. The initiative promotes agile and understandable scientific communication, through three-minute monologues, made by students and scientists without any audiovisual support.  The researcher Juan Carlos González from Nanoionics and Fuels Cells at IREC won the third prize of the contest.

Science Week is an initiative coordinated by the Fundació Catalana per a la Recerca i la Innovació (FCRI) with the support of Departament d’Empresa i Coneixement from Generalitat de Catalunya.