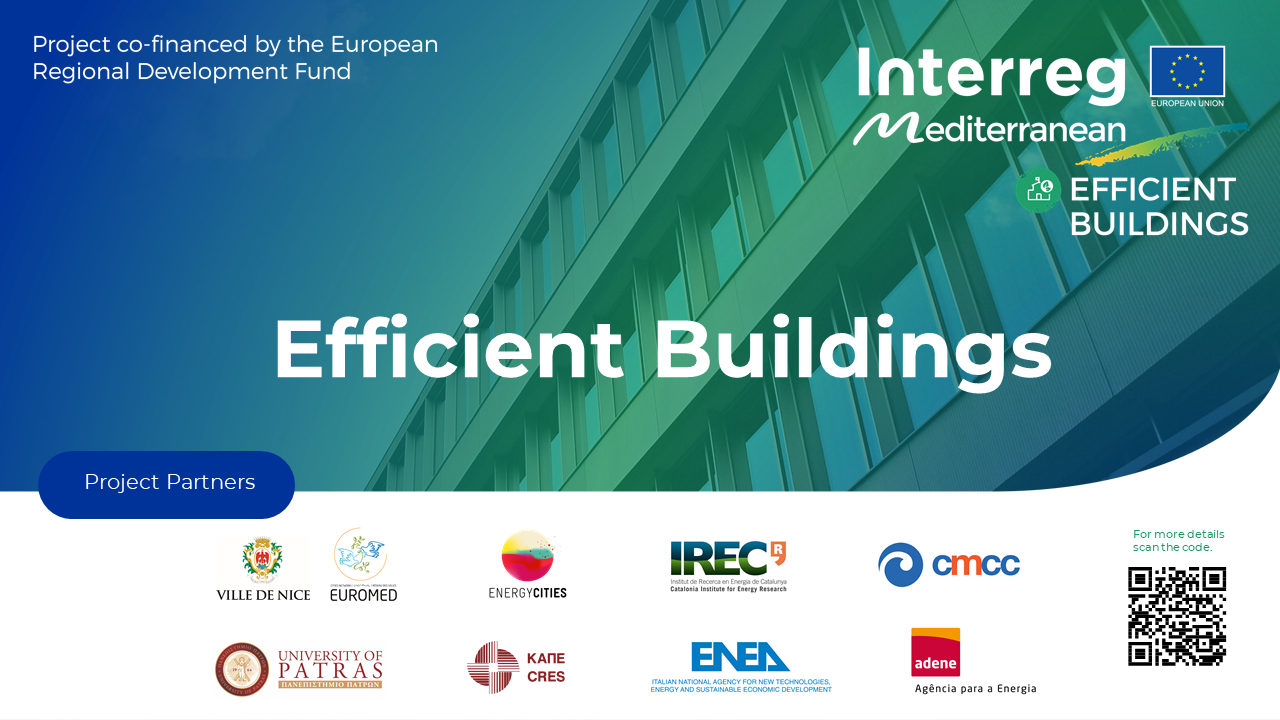 After 3 years of hard work promoting energy efficiency in public buildings in the Mediterranean area, the Efficient Buildings project comes to its end, although the impact is expected to expand beyond this closing. The partners of the consortium have been transferring and capitalizing a set of validated and valuable open resources, tools, guides, methodologies and good practices (namely toolkit)on energy efficiency for public buildings, including not only European countries, but also some from the southern Mediterranean shore and IPA countries. This toolkit and all the support materials and activities will remain available from the project website.

The project held a final event that took place on October 5th and 6th in Cyprus, conceived as a networking space between key stakeholders in the field at different levels, which sought to strengthen relationships for future proposals and opportunities. The event counted with the contributions from 3 other Interreg MED Thematic Communities: Renewable Energy, Green Growth and Urban Transport, to reinforce this transversal view.

Within Efficient Buildings project, IREC was in charge, among others, of the transferability of the results. During the national closure event, a policy debate was organized between members of various Spanish public and private institutions, whom are capable of influencing political action on energy efficiency in public buildings. The debate set the fundamentals on defining the major challenges for the building park decarbonization, considering the current situation of the global energy, geopolitical and climate crisis, focusing on their social, economic and environmental consequences and how they relate to sustainable building.

IREC will continue to participate in actions aligned with the Efficient Buildings project goals, which makes it possible to transfer knowledge to key actors in the energy transition and compliance with the SDGs, specifically in the Mediterranean regions, while maximizing the impact of the outcomes beyond the project.

The Efficient Buildings Community was led by NICEC, and involves 7 additional partners including ENC, CMCC, UPATRAS, CRES, ENEA, ADENE and IREC. Jordi Pascual, Soledad Ibañez and Emilio Hernando from the Thermal Energy and Buildings Performance group from IREC were in charge of these tasks along the duration of the project.

This project has received funding from the Interreg MED programme, co-financed by the European Regional Development Fund.