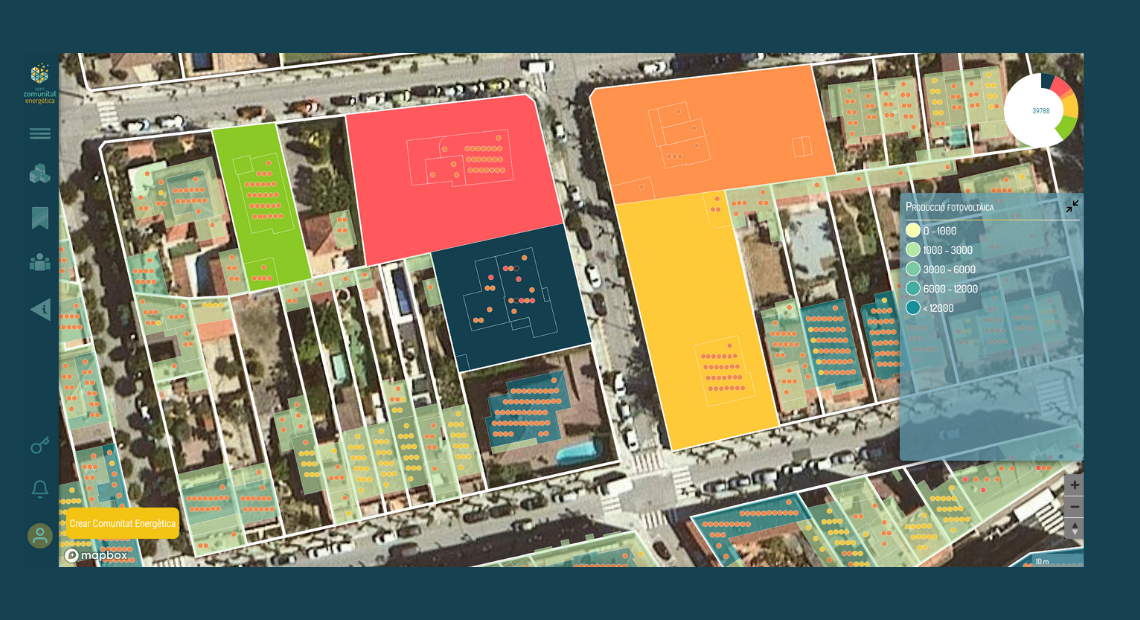 The main goal of the “Som Comunitat Energètica” project was to introduce a web-service platform, able to discover the potential energy communities around a specific end consumer, and following current regulations. Thus, the platform, freely accessible to the public, and in SaaS format for public and private entities, allows the selection of a certain building, on which its energy consumption, its potential renewable production and its energy balance are characterized. From this base, the user can refine their data, in a bidirectional process, and select buildings in their immediate surroundings, to assess potential energy communities with neighbouring buildings and users. Under the permission of the end users (citizens), public administrations and private companies can access services for analysis of aggregated scenarios, both to generate policies and oriented actions, as well as to offer market offers adapted to the user.

The “Som Comunitat Energètica” project held a final meeting at the end of September 2021, with the participation of all partners (Cíclica, Electra Caldense, Dies d’Agost and IREC) and communication to associated partners (Associació de Micropobles de Catalunya).

Jordi Pascual (IP) and Ana Jiménez, from the Thermal Energy and Building Performance group at IREC, contributed with the generation of models for characterization and adaptation of energy consumption and renewable energy production, both individually and in groups of buildings, as well as the modelling of energy and economic balances, integrated for dynamic calculation in the service platform.

As a result of the whole process, the SomComunitat service platform (soon to be officially launched) will allow uncovering the potential of energy communities throughout the Catalan territory, from cities to micro-towns. This will encourage citizens to value this option, and pave the way for public administrations and private entities to stimulate actions in this regard.

This project is promoted and financed by the Department of Labor, Social Affairs and Families of the Generalitat de Catalunya.