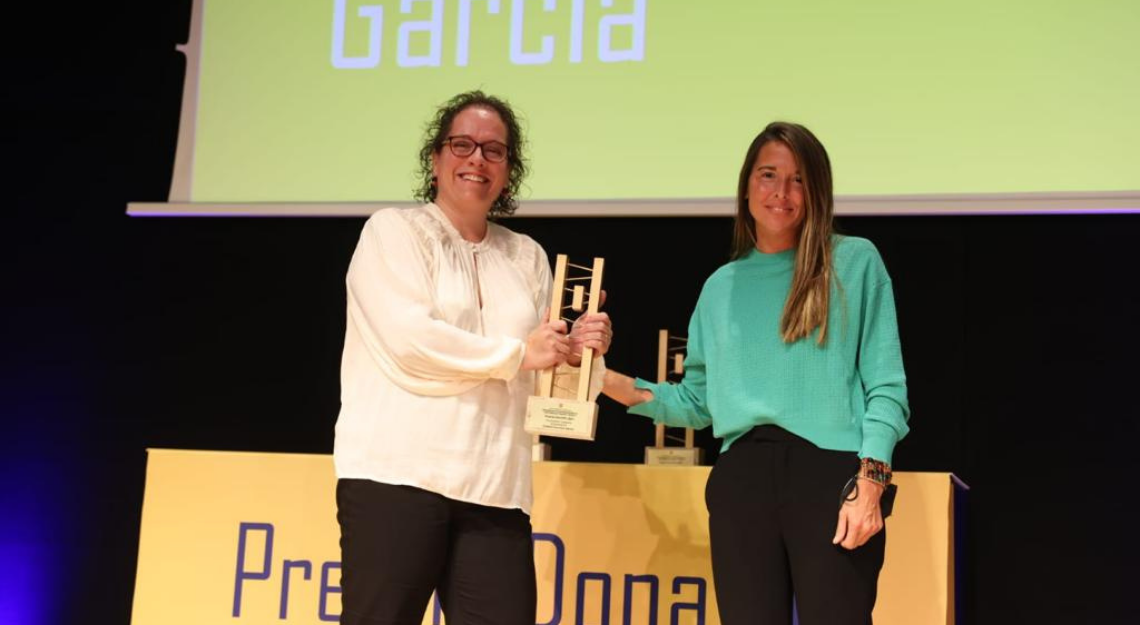 Cristina Corchero, Prof. Serra Hunter at the UPC, head of the Energy Systems Analytics group at IREC and founder of Bamboo Energy company, has received the Women TIC2021 award, in the women entrepreneurs’ category, for her business initiative at Bamboo Energy (IREC spin-off). These awards are part of the DonaTIC Government Plan, which has as a priority the goal of increasing the presence of women in the technology sector.

The DonaTIC Awards, organized by the Department of the Vice-presidency, Digital Policies and Territory of the Government of Catalonia, have the dual aim of recognizing the fundamental role of women in the professional, business and academic world of new technologies, and offering references to girls and adolescents who doubt whether to pursue STEM (science, technology, engineering, and maths) disciplines in the future.

These awards promote women’s access to technology, increase their presence, recognize the essential role of those who already belong to the ICT world and, ultimately, encourage their participation in the construction of the digital society with equality criteria.

The awards ceremony for the DonaTIC Awards coincides with Ada Lovelace Day, in recognition of her being the first programmer in history. This year it was held on October 13th.

The information and communications technologies (ICT) sector employs 84,600 workers in Catalonia, accounting for about 2.7% of the active Catalan population, according to figures from the Labour Force Survey for the third quarter of 2015. The ICT sector has become a generator of employment in recent years, which makes it as one of the areas of employment with the most positive economic and social outlook.

The elaboration of the DonaTIC Plan demonstrates the will of the Government of Catalonia to consolidate and continue to deepen public policies that promote and recognize the role of women in the field of information and communication technologies (ICT).

The Plan include of 4 axes of action:

Axis 1. Make ICT attractive for the female talent of the future.

Axis 2. Make visible the technological woman and the contents created by women.

Axis 3. Digitally train and train everyone.

Axis 4. Promote the full and effective participation of ICT women in decision-making and entrepreneurship.