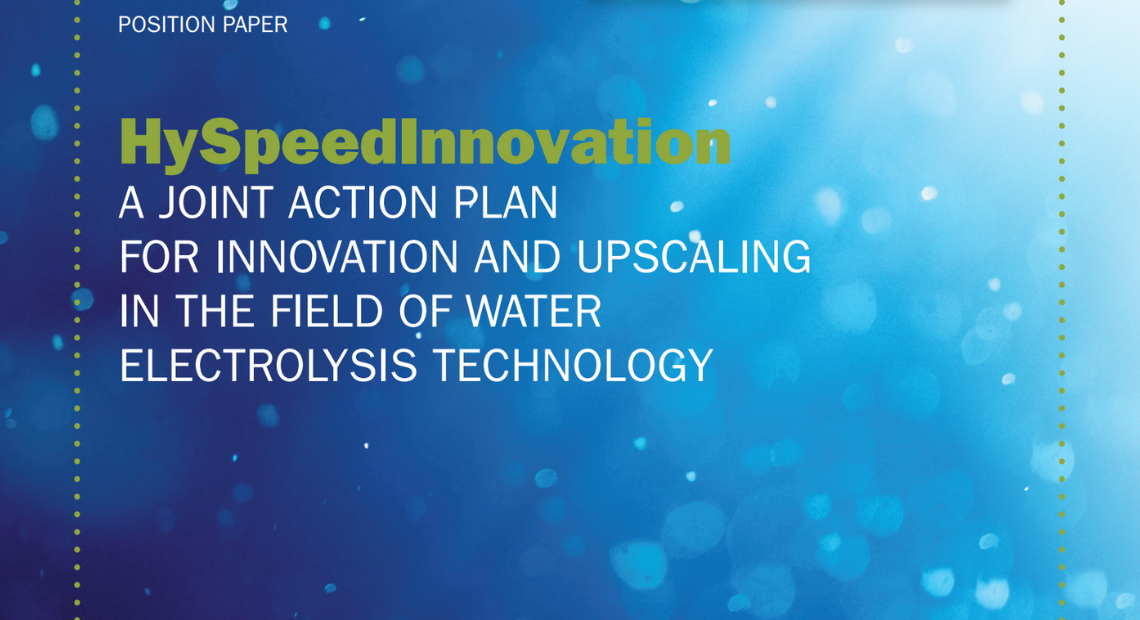 HySpeedInnovation presented its position paper on the action plan for innovation and upscaling in the field of water electrolysis technology.

Green hydrogen, produced by electrolysis using renewable sources such as the sun and the wind, plays a crucial role in the energy transition. But much remains to be done to produce this clean energy carrier on an industrial scale and at an acceptable cost.

These proposals are presented in the position paper ‘HySpeedInnovation’ in which a number of leading European Research and Technology Organisations describe the upscaling challenges that lie ahead, and how the knowledge institutions can to come together to tackle these challenges in order to make Europe a leader in the field of electrolysis. TNO is joined by the German RTOs Fraunhofer (IFAM and ISE) and Forschungszentrum Jülich (IEK14), the Norwegian SINTEF and France’s CEA. This HySpeedInnovation Position Paper is endorsed by other partners (DLR, ISPT, FBK, IREC, EIFER, LNEG, EMPA, TECNALIA, Fraunhofer IPT, ZSW, HyCentA). The RTOs also recommend a supporting role for the European Commission and national authorities.

The paper position set out the following proposals:

For each opportunity, actions have been identified that fall within the responsibilities of Europe’s RTOs.

Due the specialized know-how and facilities advanced manufacturing of IREC, his Nanoionic and Fuel Cell research group, has participated in the following core topics:

The related HySpeedInnovation Position Paper can be download here