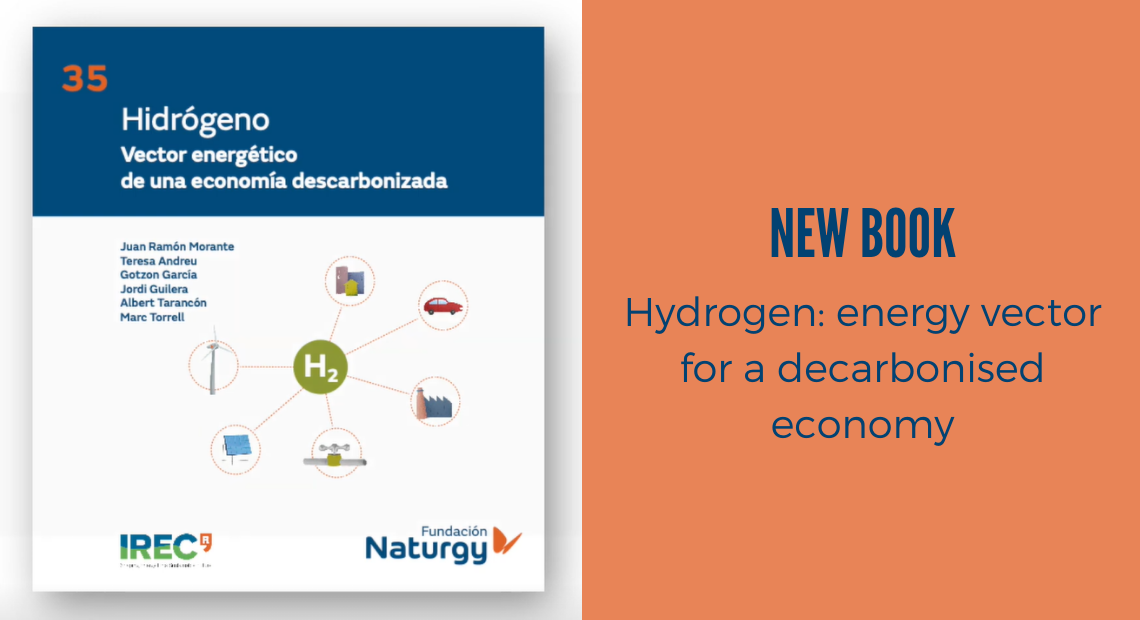 The Naturgy Foundation, in collaboration with experts of the Catalonia Institute for Energy Research (IREC), have published a study under the title Hydrogen. Energy vector of a decarbonised economy. This new publication provides information that allows a greater knowledge about hydrogen and its properties, as well as the technologies that can use it, its potential and the necessary strategies for its development. The study also analyzes this new energy vector with a 360º vision.

During the presentation of the study, which was held today, Prof. Joan Ramon Morante, director of IREC, highlighted how “the technological advances and the forecast of falling prices could reduce the cost of production of renewable hydrogen from 2030, if policies are promoted that help scale the technology, reduce costs and attract investment”.

It also states that “Spain is a country well positioned in Europe to produce renewable hydrogen at a competitive cost and export it to other European Union countries”. The forecasts, which are detailed in the study, place it as the country with the highest hydrogen production potential in all of Europe.

Prof. ICREA, Albert Tarancón, co-author of the book, explained that “if cost levels of around € 2/kg are reached in the next decade, renewable hydrogen would be competitive both with hydrogen of fossil origin, and with current fuels such as diesel or gasoline. Therefore, this new energy vector would be very well positioned not only for transport and industry, but also for storing renewable electricity production”.

In the same way, A. Tarancón highlighted that “this new energy vector will allow us to store renewable production by converting this electricity into hydrogen, to later inject it into the gas network by mixing it with natural gas or to produce synthetic methane, a gas equivalent to natural gas”.

The development of hydrogen technology will be essential within the framework of the European Green Deal and the green economy. The authors affirm that the deployment of a hydrogen economy will contribute to activate the Spanish economy, “with tens of billions of investment from now until 2050, and with the need to train technicians and specialists at different levels”

However, they also confirmed that “since the new uses and applications of renewable hydrogen are already becoming a reality at the level of projects underway in many European countries, it is necessary to establish adequate regulation and certification of origin”.

For these reasons, the authors of the report consider that “the role of renewable hydrogen as a renewable gas should be intensively included in the National Integrated Energy and Climate Plan PNIEC 2021-2030 of Spain“.

This is the video summary of the study “Hydrogen: Energy vector of a decarbonised economy”:

The complete book is available in this link