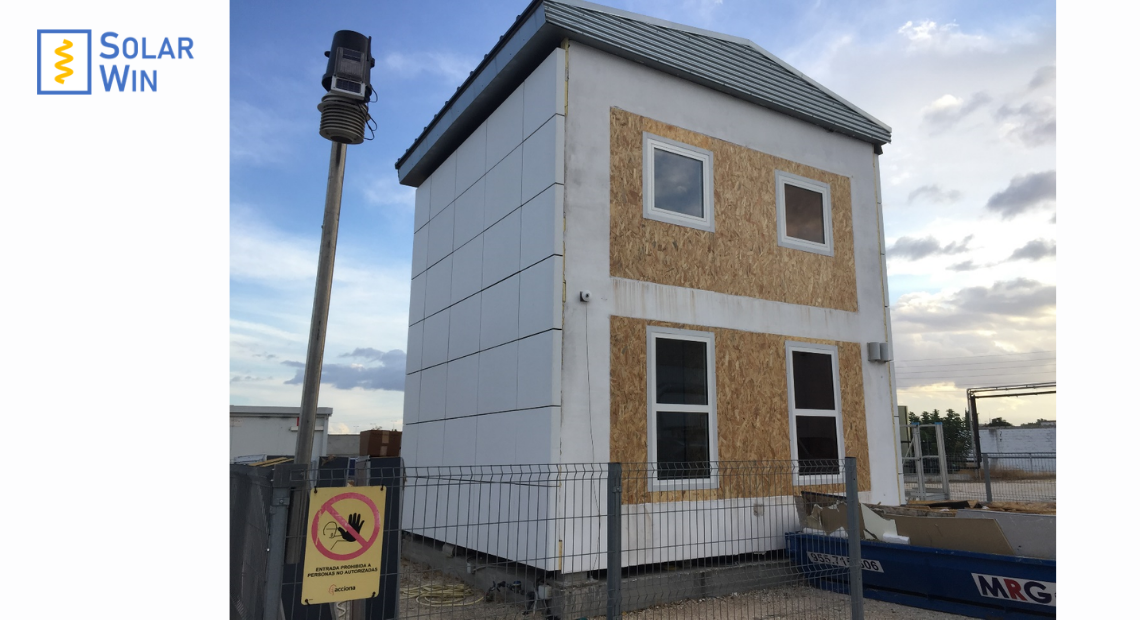 In the framework of the Solar-Win project, the first functional Solar-Win photovoltaic windows have been successfully implemented and are currently being tested in Seville (Spain). The consortium is formed by 4 partners, including IREC (the coordinator), PHYSEE, SUNPLUGGED and ACCIONA.

The solar window prototypes have been developed and manufactured by PHYSEE using SUNPLUGGED customized photovoltaic solutions. SUNPLUGGED has fabricated a set of 60 fully functional flexible thin film solar module stripe prototypes at their CIGS pilot line optimized in size, spectral response, voltage and power output for their integration in the PowerWindow+ prototypes developed by PHYSEE for the project.

IREC, in cooperation with SUNPLUGGED, has developed an innovative optical tool for in-line process monitoring of SUNPLUGGED’s roll-to-roll pilot line compatible with high throughput production of flexible CIGS-based PV modules. This allows a reduction of the manufacturing costs and material waste, improves energy efficiency production, and brings information of the optimal operation of the production plant.

Owing to the joint efforts of the consortium, several Solar-Win window prototypes have recently been installed at ACCIONA’s test cell, in Seville. This test cell is an experimental building prepared for full testing of roof and facade building elements and systems under real operating conditions. The electrical, thermal, light and constructive behaviour of the transparent photovoltaic windows will be monitored during 6 months and compared to equivalent non-photovoltaic windows.

A new Solar-Win demo-system integrated in a real building will be implemented and tested soon, about March 2021.

This project has received funding from the EU’s H2020 research and innovation programme under grant agreement number 870004.