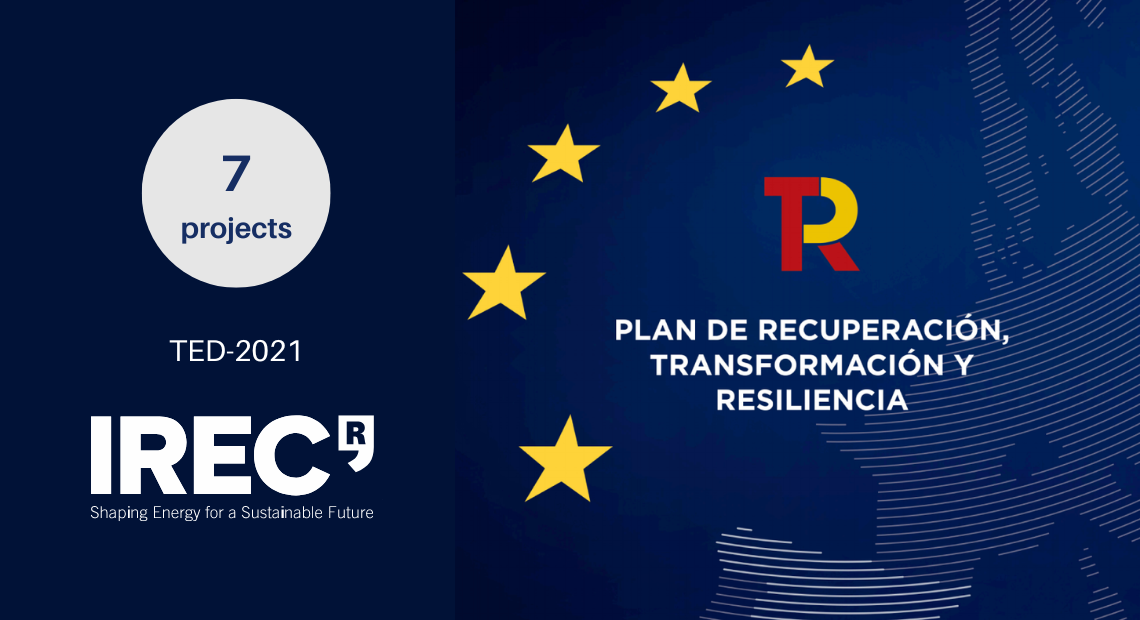 IREC researchers have earned seven “Strategic Projects Aimed at Ecological Transition and Digital Transition” 2021 (TED 2021), which are intended to promote R&D&i activities to increase the competitiveness and international leadership of Spanish science and technology through the generation of scientific knowledge and quality research aimed at the ecological and digital transition.

The ecological transition is based on the following environmental objectives: mitigation of climate change, adaptation to climate change, sustainable use and protection of water and marine resources, circular economy, prevention and control of pollution and protection and recovery of biodiversity and ecosystems. The projects will pursue one or more of these environmental objectives by generating scientific knowledge, developing technologies, or supporting environmental policies, applied to productive activities, the protection of natural resources, people’s quality of life and of society.

The digital transition aims to strengthen the infrastructures, skills and technologies necessary for a digital economy and society, through the digitalization of the entire value chain in driving sectors, taking full advantage of the synergies and opportunities of new technological and data management developments, using disruptive digital technologies, and placing people and their digital rights at the center of this transition.

IREC groups lead four coordinated projects, and two individual projects, in addition to one participation. The list is the following:

All projects start in December 2022 and will run for 2 years.