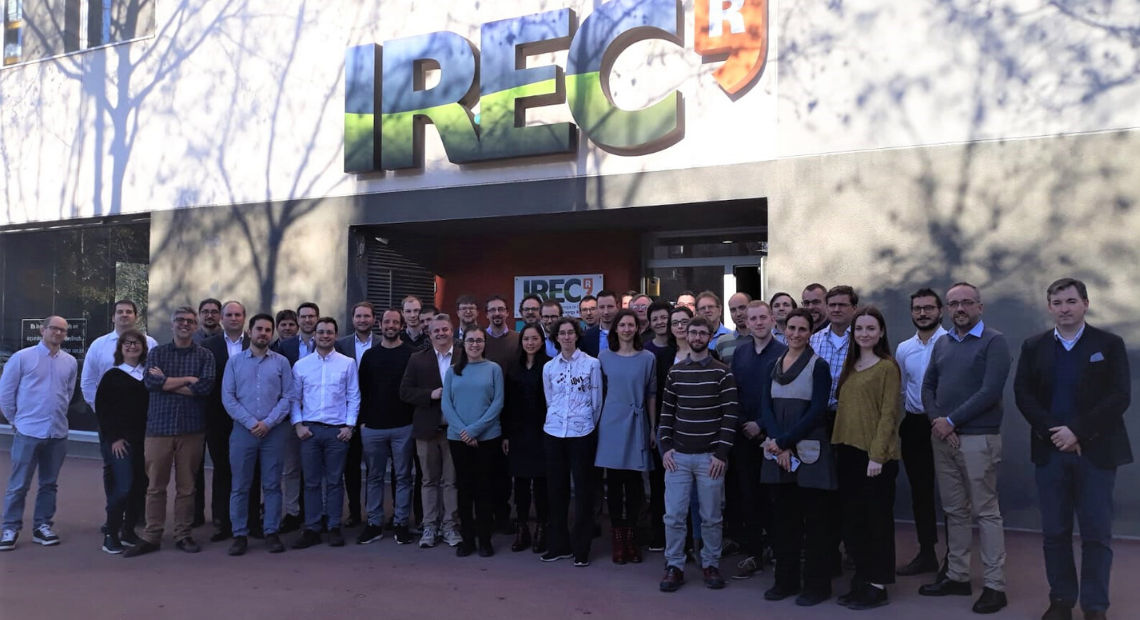 The kick-off meeting of COBRA was held from the 16th to 17th of January 2020 at the IREC premises in Barcelona. COBRA is an EU H2020 project that stands for “CObalt-free Batteries for FutuRe Automotive Applications“.

COBRA aims to develop a novel Co-free Li-ion battery technology that overcomes many of the current shortcomings faced by electrical vehicle batteries via the enhancement of each component in the battery system in a holistic manner. The project will result in a unique battery system that merges several sought after features, including superior energy density, low cost, increased cycles and reduced critical materials.

The proposed Li-ion battery technology will be demonstrated at TRL6 (battery pack) and validated it on an automotive EV testbed.

The project has a total budget of almost 12 M€ and will run for 4 years, starting from 1 January 2020. It is led by Dr. Jordi Jacas from Energy Storage, Harvesting and Catalysis group and Dr. Lluís Trilla from Power Systems group, both at IREC. It involves 18 partners from 9 different countries, including universities, RTOs, SMEs and enterprises.

The COBRA consortium covers the whole value chain of battery development, from research and development of new battery components, to their manufacturing into battery packs, and their end-use so we expect to achieve fast implementation to launch competitive next generation Li-ion batteries for mass production. COBRA aims to eliminate the use of cobalt and hence reduce the cost of battery packs while increasing their energy, fast charging capability, cycle life as well as safety. The project will contribute to significantly increasing the competitiveness of the European battery industry worldwide.

IREC is the coordinator of the project. More specifically, it will work in close cooperation with partners to develop new Co-free cathodes and components for next generation Li-ion cells. IREC will also create and implement an advanced Battery Management System (BMS) for improving battery performance and safety, and conduct studies on the economic, environmental and social assessment of the proposed COBRA batteries considering recyclability and eco-design concepts.

You can find a press release in:

This project has received funding from the European Union’s Horizon 2020 research and innovation programme under grant agreement No 875568.