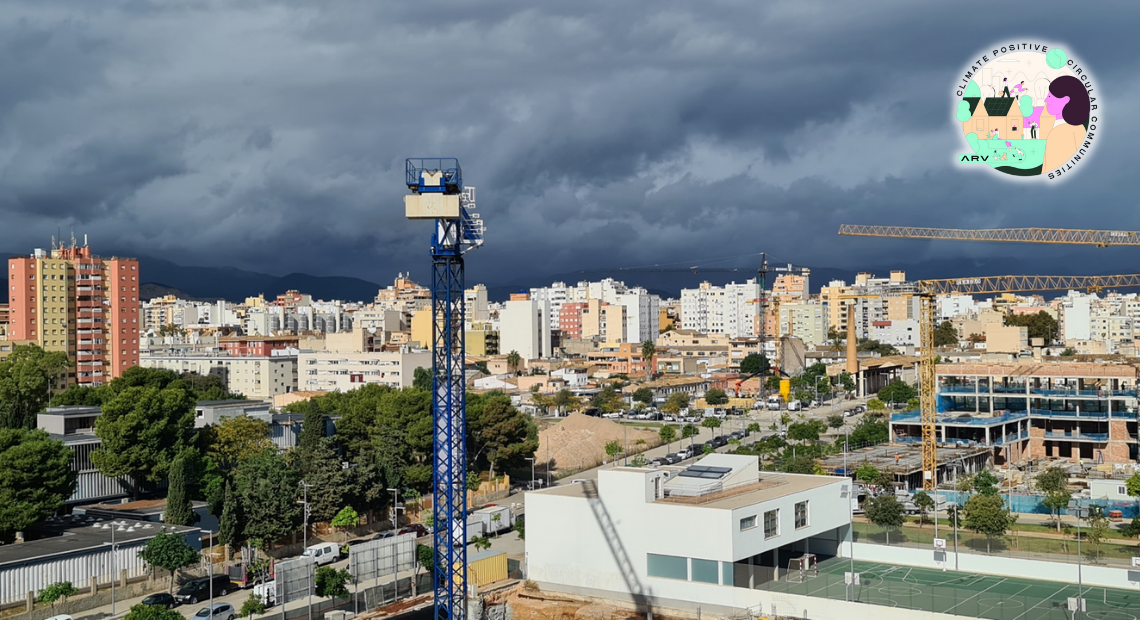 The ARV project has received 20M euros in funding from the EUs Green Deal call to research climate positive circular communities in Europe.

The project will provide guidelines and a political framework for future energy-efficient and circular solutions in the construction industry. 35 partners from seven European countries are involved. Establishing six climate-positive areas around Europe is at the project’s core and the Grant Agreement has now been signed with the EU Commission.

The name ARV comes from Norwegian and means “heritage” or “legacy”. It reflects the emphasis on circularity, a key aspect in reaching the project’s main goal of boosting the building renovation rate in Europe.

IREC is one of the leading partners in the ARV project. The contribution of IREC relies on existing research on Net Zero Energy Buildings and Communities aiming to extend to the effective deployment of Positive Energy Districts in the Mediterranean Climate.

IREC will lead the definition of a common multi-criteria framework for the integrated assessment and evaluation of Climatic Positive Circular Communities that will be used throughout the different phases of planning, design, construction and operation of the demos in the project. Also, it will develop method and tools to be applied for effective implementation, particularly applied to Large Scale Renovation of the building stock and the deployment of Citizen Energy Communities to generate renewable energy locally in districts.

“A cross-cooperation between the Solar Energy Materials and Systems and the Thermal Energy and Building Performance research groups will test different BIPV solutions in the framework of an integrated renovation process of a high-rise flagship protected building”, declared Jaume Salom the Principal Investigator at IREC in ARV. “This is only one of the key innovations to be applied in the demo of Palma de Mallorca”, he added.

Urgent call for renovation of buildings

– We must increase the pace of renovation of our existing buildings if we are to achieve the climate goals, and we must think circularly, says Inger Andresen, project coordinator and professor at the Department of Architecture and Technology (IAT), NTNU.

ARV is led by the Norwegian University of Science and Technology (NTNU) and was awarded the grant in fierce competition with 115 other applicants for the EU’s Green Deal call.

– Construction accounts for as much as 40% of the EU’s total energy consumption and 36% of greenhouse gas emissions. Renovating existing buildings and building a more efficient infrastructure around energy utilization has major environmental benefits, emphasizes Inger Andresen.

The core of the ARV project lies in the six large-scale demo projects in six European cities (Oslo in Norway, Sønderborg in Denmark, Karvina in the Czech Republic, Utrecht in the Netherlands, Palma in Spain and Trento in Italy). These will be developed as Climate Positive Circular Communities, which is a concept that rests on three main pillars:

The ARV concept highlights an integrated circular design that cultivates the aesthetics and improves amenities for the buildings in line with the new European Bauhaus strategy, says Niki Gaitani from NTNU, who will lead the work on sustainable design of the demo projects. The 35 partners in ARV represent the entire value chain in the building and energy sector.

About the District demo in Spain

The Spanish demo case is the Llevant Innovation District (Districte Innovació Llevant) in Palma de Mallorca. It encompasses a mixed used development 93 ha area including residential, tertiary, and educational buildings, with both new construction and renovation activities. The set of actions that will be undertaken by the ARV project will encompass resource efficient renovation processes and district energy analysis and operation, highlighting social, educational, and digital aspects to enhance citizens involvement. The Key actions in the district can be summarized with by following numbers:

The activities in the demo in Palma will become a reality thanks to the fruitful collaboration between the stakeholders and citizens acting in the area and the ARV’s local partners which are:

The project will take place in La Soledat Sud and Nou Llevant neighbourhoods. “The project is an exceptional opportunity to experiment and apply innovative energy concepts in a Palma’s area which contains several components which has a great social, environmental and urbanistic interest”, said Neus Truyol, city councilor.

This project has received funding from the European Union’s H2020 research and innovation programme under grant agreement number 101036723.