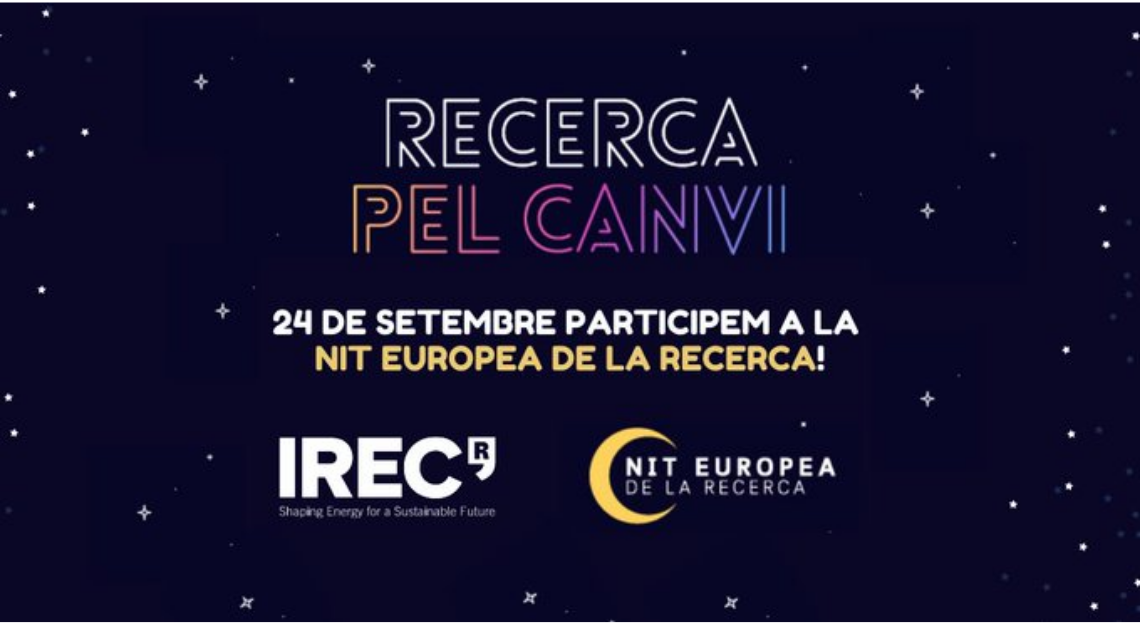 The European Researchers’ Night returns on 24 September, the European Commission’s initiative to bring citizens closer to the world of research. On this 2021 edition, IREC will be involved in its two headquarters’ areas, Barcelona and Tarragona.

This activity brings research staff from research centers, universities to schools and institutes in Catalonia. In the framework of this activity the researchers of IREC will bring the science and technology to the schools with the following initiatives:

The European Commission has organised the European Researchers’ Night since 2005 as part of the Horizon 2020 Marie Skłodowska-Curie Actions programme, in collaboration with a wide range of public and private institutions. It is simultaneously held in 300 cities across 30 different European countries on the last Friday of every September. The aim is to bring research closer to people from all ages and share research and innovation in a fun way.