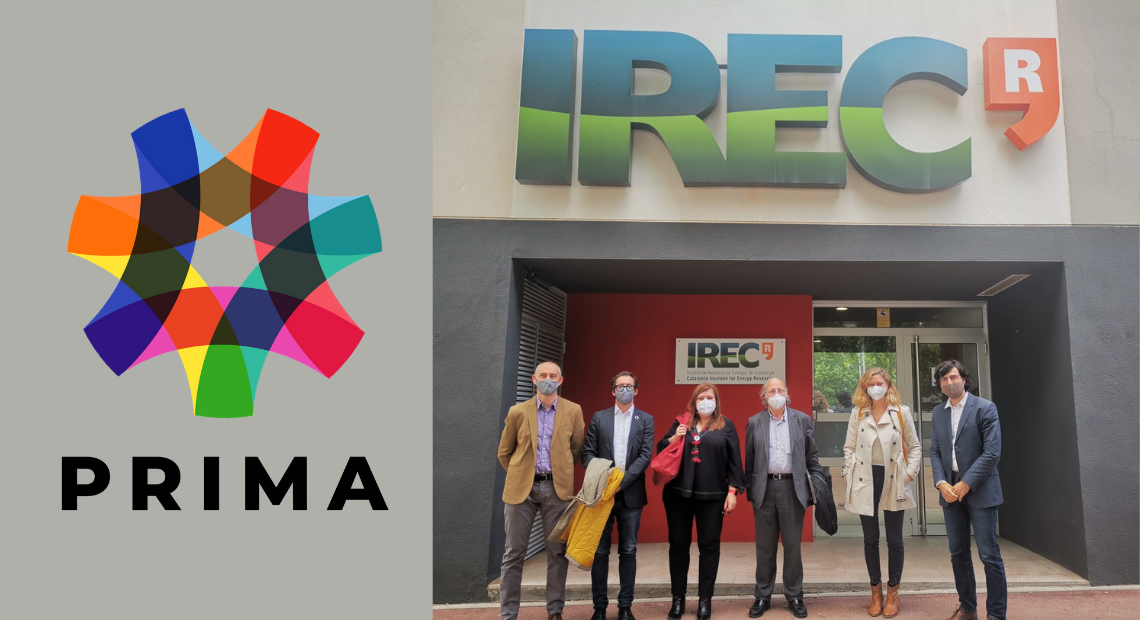 The Catalonia Institute for Energy Research (IREC) has hosted the Secretary General for Innovation at Ministry of Science and Innovation of Spain (MICINN), Teresa Riesgo and the Commissioner of 2030 Agenda at Barcelona City Council, Miquel Rodriguez.

IREC’s director, Joan Ramon Morante, the Management and Finance Director, Jaume Marfà, and the director of Corporate Development and Technology Transfer, Manel Sanmartí, guided the political representatives at IREC headquarters’ facilities on April the 29th, 2021, to learn about the PRIMA Platform and IREC’s ground-breaking research.

During their visit, the political representatives learnt about the new PRIMA Platform, a €3.3M investment for the integration of renewable energies and storage, set to be completed by 2022. The new Platform will become the latest addition to IREC’s existing research infrastructures. It will support the market implementation of cutting-edge research on the integration of renewable energy and storage in buildings and energy networks, a combination of facilities and expertise unique in Spain. As a hub for energy transition, PRIMA will act as a connecting space for academics, industry, technology transfer and business development professionals, creating links with allied programmes in energy, materials and network development that will benefit the Barcelona city, Catalonia and the rest of Spain, as well as Europe.

The Ministry of Science and Innovation of Spain and Barcelona City Councilpolitical representatives viewed IREC’s research and innovation actions related to advanced materials and systems, energy efficiency, energy generation and storage, and knowledge technology transfer; and discovered how the centre’s research is stimulating the development of new energy technologies and promoting the transformation of existing energy models.

Teresa Riesgo, Secretary General for Innovation of the Spanish Government said: “PRIMA is a project aligned with PNIEC and national sustainability policies. This Platform represents a great opportunity to increase the competitiveness of the national energy sector”.

The PRIMA Platform receives financial support from the Institut Català d’Energia (ICAEN) and the Direcció General d’Energia (Government of Catalonia) and the support from Barcelona City Council though an agreement.