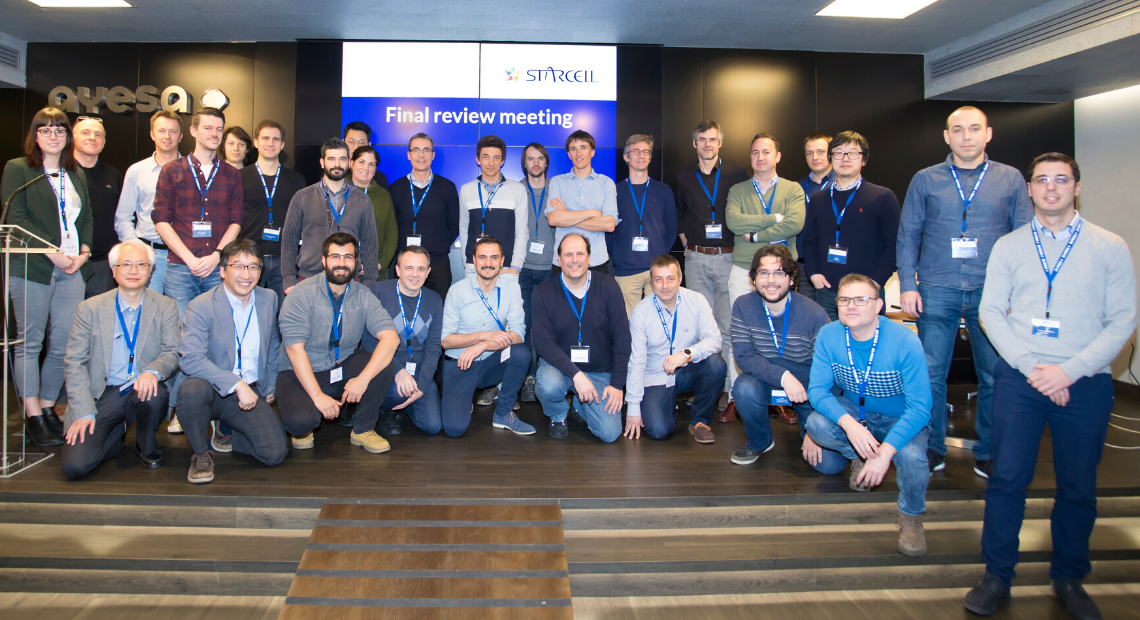 The STARCELL project “Advanced strategies for substitution of critical raw materials in photovoltaics” has come to an end. The final meeting was held on January 16-17th, 2020, in Sevilla (Spain).

The evolution of renewable technologies must lead to a scenario where photovoltaic energy is becoming a leading player. The European Union is betting that in ten years they will contribute 27% of the total production. In just two years there will be 900 GW of photovoltaic power at more competitive prices than fossil fuels and nuclear energy.

The STARCELL project, led by the Solar Energy Materials & Systems at IREC, has contributed to develop a highly innovative thin-film photovoltaic technology for the future production of sustainable photovoltaic products, based on the use of elements that are highly abundant on the Earth crust. Kesterites, a family of materials based on Cu-Zn-Sn-S-Se, fit this criterion.

During these three years, the fundamentals of kesterites and its recycling procedure were thoroughly studied and understood, while the scale-up and validation of this technology were tested in a solar plant in La Rinconada (Córdoba, Spain). The project has largely contributed to position kesterite at the forefront of the emerging thin film photovoltaic technologies.

STARCELL has been possible thanks to the collaboration of 11 partners from 6 European countries that include seven flagship academic institutions and four technology-based companies with relevant activities in their respective sectors. This consortium has been exceptionally complemented by the participation of two very relevant international partners from Japan and USA and an international Advisory Board.

STARCELL, that has been widely disseminated, has contributed to the growth of this technology from TRL 3 to TRL 5, anticipating their potential exploitation in a near future.

Check out our video summary here:

This project has received funding from the European Union’s Horizon 2020 research and innovation programme under grant agreement No 720907.