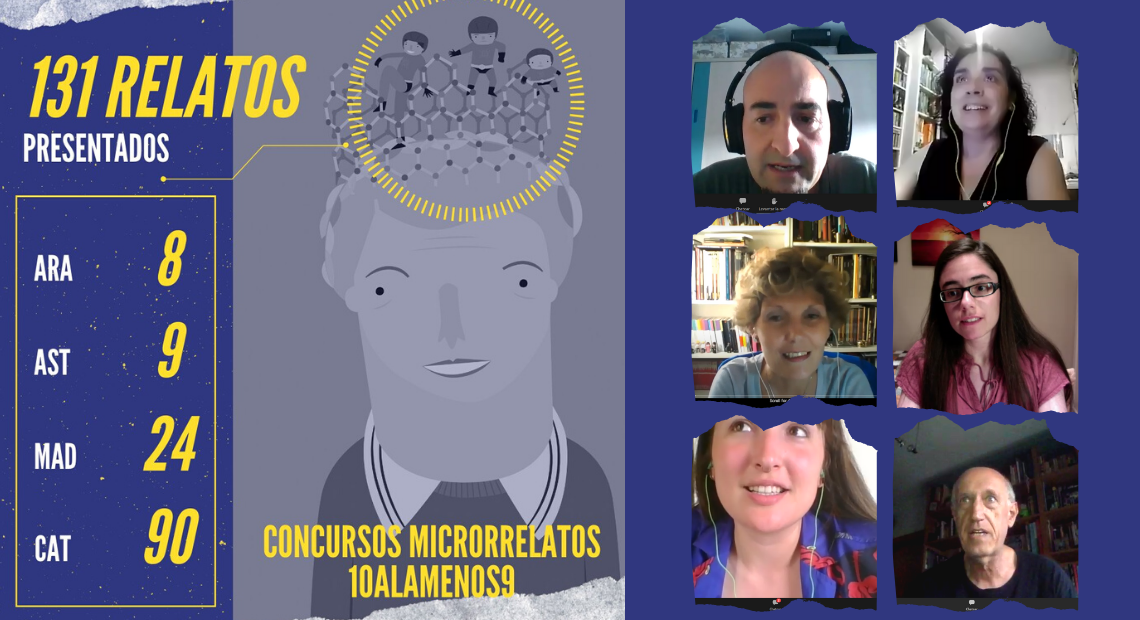 This year, the Festival of Nanoscience and Nanotechnology 10alamenos9 has organised an online competition of nanostories with the participation of secondary school students (“ESO” and “batxillerat”) with the aim of disseminating nanoscience and nanotechnology among the youth. A jury formed by specialists in science and dissemination have decided the contest winners, and announced them in a ceremony on Thursday, June 25th.

The competition, organized at a state level, has received a total of 131 works, of which 85 (65%) correspond to students from Catalonia. Other nanostories are from participants from Madrid, Andalucia, Aragon and Asturias. The stories were written by ESO (category A) and “batxillerat” (category B) students from 8 Catalan secondary schools. Congratulations to Mireia Rivero (4th ESO, Institut Montbuí) for the story “Nano, my world” and Lucia Iglesias (2nd BATX, Institut Bernat el Ferrer) for the story “Small superhero women”!

The nanostories competition was organised for the first time in 2019 by the Institute of Micro and Nanotechnology (IMN) of the CSIC, only in the Community of Madrid. The initiative has now expanded, and in 2020 it was decided to hold it at state level.

You can find the press release in