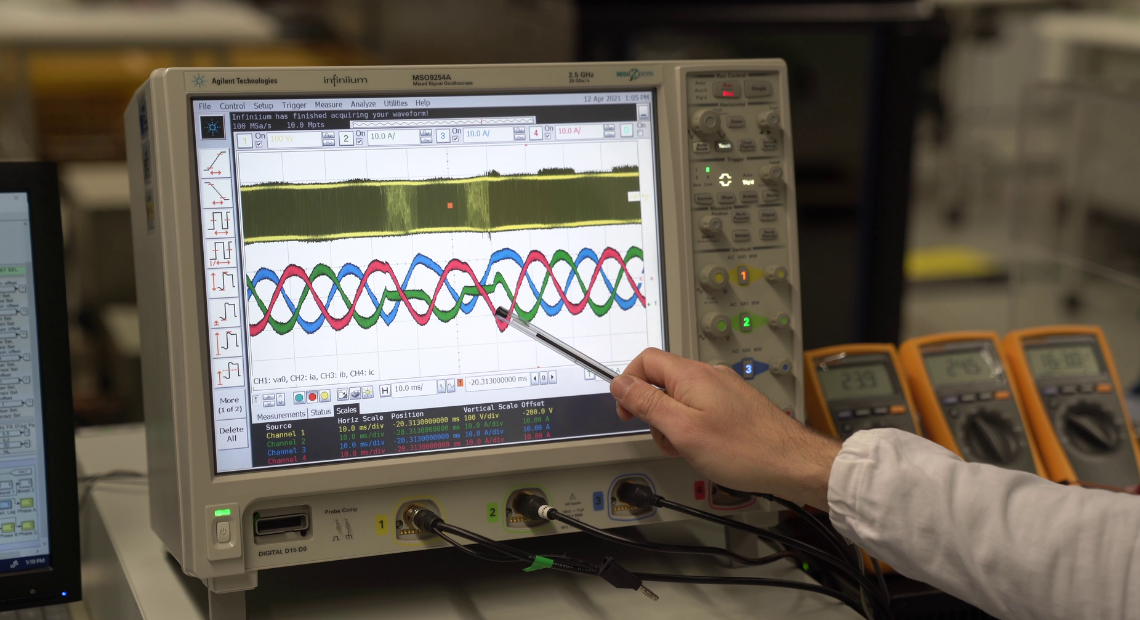 Nowadays, power converters are essential for the energy transition towards a system based on renewable electric energy generation, the electric power storage and the electrification and integration of the new vehicles.

In the framework of the CORV project, the Power Systems group at IREC has designed a new internal configuration of the converter active parts to offer a compact and efficient configuration. This will provide the versatility of enhancing the acceptable DC voltage input range where the power converter can operate safely.

This newly designed fault-tolerant converter is able to withstand an internal failure in the semiconductor components and remain in operation afterwards. The power converter has been extensively tested in the laboratory showing the ability to detect, locate and isolate the faulty switch during operation and continue delivering power with minimal disturbance in the power output.

The converter in multi-port configuration is bidirectional and can operate with photovoltaics, batteries and fuel cells with multiple sources. The fault-tolerant capabilities are present in both the DC side and the 3-phase AC side of the converter and it operates with a single redundant leg and no additional sensors for fault detection leading to a cost-effective solution that doubles the mean-time-to-failure of systems while retains their efficiency.

The technology a technological product, included in the XRE4S portfolio, (XRE4S is the R+D+I Network Energy for Society: a multidisciplinary and transversal ecosystem that gathers the expertise in the energy field of the main universities and research centers in Catalonia) and is showcased in a video released by this network:

The Catalan’ Government’s Agency for Management and of University and Research Grants (AGAUR) has awarded this the project with a Producte grant. The project is co-financed by the European Union through the European Regional Development fund (ERDF) and supported by the Secretary of Universities and Research of the Ministry for Business and Knowledge of the Government of Catalonia.