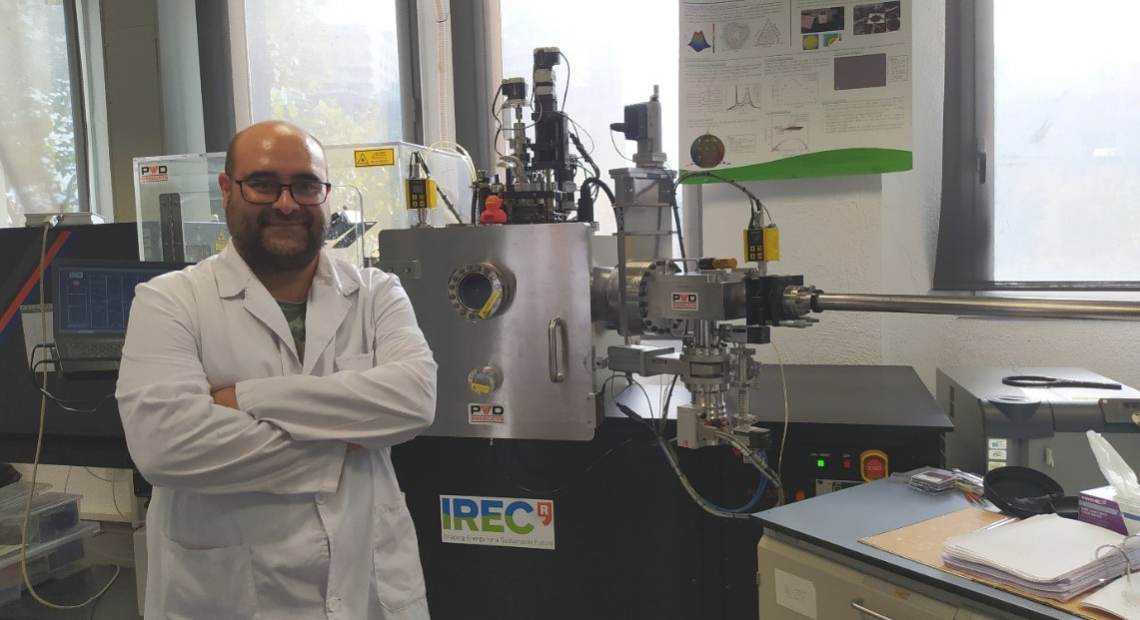 The MICROSPINERGY (Fabrication of All-Solid-State Microbatteries based on Spinel Components as Miniaturized Energy Source) project started in October 2020 and this week has come to an end after  two years of progress. The project was carried out by Dr. Juan Carlos González-Rosillo and guided by Dr. Alex Morata in the Nanionics group, led by ICREA Prof. Albert Tarancón, at the IREC. It included a secondment at Worldsensing S.L., a world-leader in Internet of Things (IoT) remote monitoring of civil infrastructures as end-user of the MICROSPINERGY technology.

The main goal of the project was to develop thin‐film all‐solid‐state batteries integrated into silicon technology with fast charge/discharge rates based on cheap and sustainable materials. The different battery components (cathode, electrolyte and anode) have been manufactured and assembled by Large Area Pulsed Laser Deposition, a versatile technique based on the ablation of a ceramic material with a powerful laser enabling a fine control of the stoichiometry to fabricate thin films of 0.5 – 1 µm thick. The second main objective of the project was to implement advanced characterization techniques to aid in the optimization of ionic transport at the solid-solid interfaces.

Within the framework of the project, the IREC researchers have been able to develop lithium manganese oxide (LMO) cathodes and lithium titanate (LTO) anodes with superior accessible lithium storage capacities thanks to the enhancement of their stability over wider voltage windows and unique microstructural features. They have also developed a NASICON-based electrolyte, lithium aluminium titanium phosphate (LATP), with ionic conductivities as high as 0.1 mS·cm-1. The researchers have remarkably managed to advance in the integration of the different components and showed a stable anode-electrolyte interface at low potentials and cathode-electrolyte interface 10 times less resistive than state-of-the art LATP/LMO systems. The development of such high performance materials has been guided by innovative characterization techniques such as Tip-Enhanced Raman Spectroscopy, Positron Anhiliation Lifetime Spectroscopy and operando Spectroscopic Ellipsometry.

Overall, this project has set the basis for the multi-component integration of solid-state thin film batteries and established a clear roadmap for scaling up the performance of the technology with unique characteristics not existing in the market so far.

This project has received funding from the European Union’s Horizon 2020 research and innovation programme under Marie Skłodowska-Curie grant agreement No. 801342 (Tecniospring INDUSTRY) and the Government of Catalonia’s Agency for Business Competitiveness (ACCIÓ).