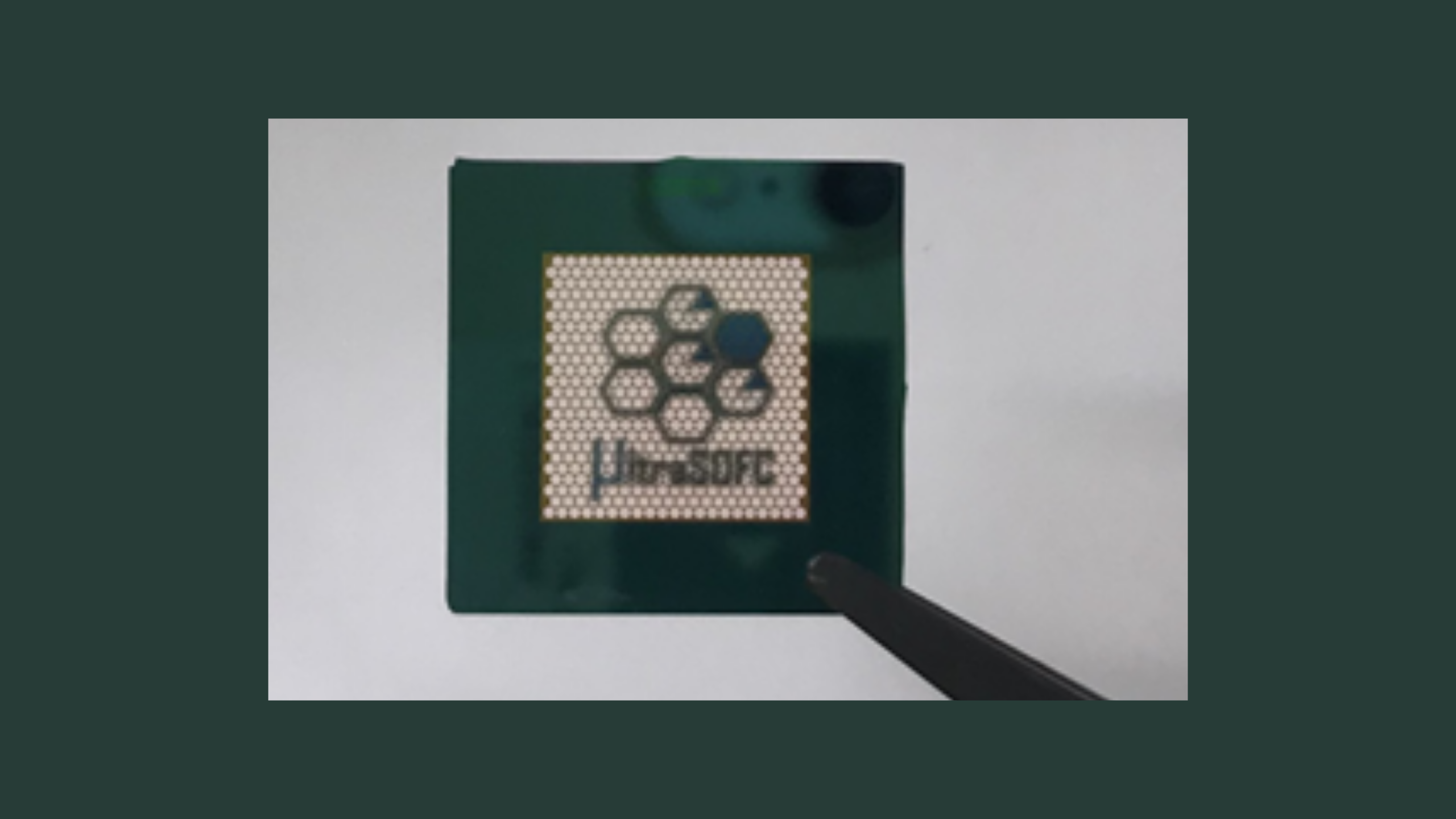 ULTRASOFC is a project granted under the prestigious ERC-COG scheme to Albert Tarancón, Prof ICREA and Head of the Nanoionics and Fuel Cells group at IREC, which finished this spring. The project aimed at developing ultrathin portable power sources based on micro-Solid Oxide Fuel Cells (μSOFCs) fully integrated in silicon. Breaking the historical temperature limitations of μSOFCs has been achieved by taking advantage of the tremendous opportunities arising from novel fields at the nanoscale (nanoionics and nanoengineering). The ULTRASOFC project addressed materials challenges to reduce:

ULTRASOFC has released a unique set of materials that position thin film based SOFC as highly competitive alternatives to current portable energy sources. The key strategy is the application of the new concepts arousing from the nano-engineering of the microstructure of the materials. In particular, BICUVOX has been selected as superior oxygen conducting thin film electrolyte, enabling the operation of μSOFC at low temperature for the first time. Moreover, during the project, it was demonstrated that grain boundary engineering is a powerful tool to control the ionic and electronic conductivity associated to electrolytes and electrodes. Also, the point defects in transition thin film metal oxides was shown as highly interesting topic due to their capability to modify the functional properties of the oxides used in SOFCs.

In addition, ULTRASOFC has covered the gap of knowledge existing for high temperature MEMS (microelectronic mechanical systems) based on mixed ionic and electronic materials. ULTRASOFC developed robust fabrication routes for self-sustained micromachined μSOFCs up to 1cm2 and their stacking with other components (silicon microreactors for hydrogen generation and silicon-based interconnects). Also, the microfluidic system and a 3D printed ceramic packaging were developed. Beyond the use in μSOFCs, this approach has opened up new horizons and opportunities for research in adjacent fields like electrochemical transducers or chemical sensors (already proved within the ULTRASOFC project).

In terms of dissemination, the project has produced 14 peer-reviewed papers, 3 journal covers, more than 12 invited and plenary presentations in scientific conferences and 1 patent application.

This ERC action enabled in-depth exploration of core relevant expertise of the Nanoionics and Fuel Cells group at IREC. These new topics, related to Mixed Ionic Electronic Conductors as thin films, are now the scope of (newly granted) European projects led by the coordinator of the UltraSOFC, Albert Tarancón, namely HARVESTORE and EPISTORE, both H2020 FET Proactive actions. Overall, this ERC grant has had a highly positive impact to the research group, contributing to their consolidation in the field of solid oxide cells and nanoengineering of interfaces, opening the door to future breakthroughs.

The project is funded by the European Research Council (ERC) under the European Union’s Horizon 2020 research and innovation programme (ULTRASOFC, Grant Agreement number: 681146). The group would like to specially acknowledge the collaboration with the IMB-CNM-CSIC for the continued joint work in their specialized clean-room facilities.