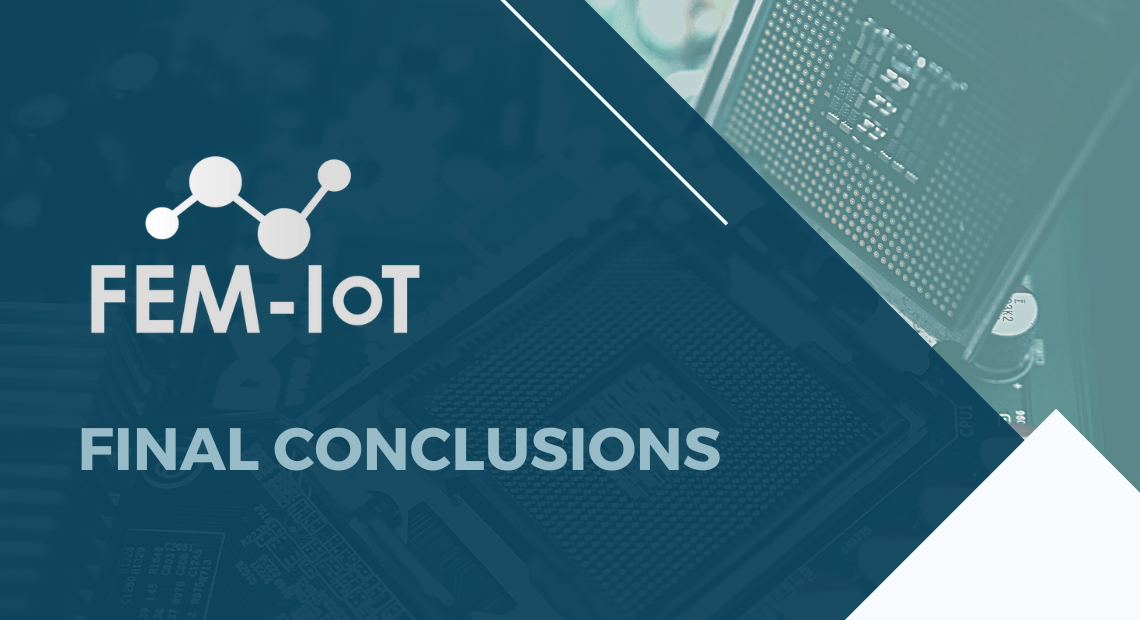 FEM-IoT is a consortium of 12 Catalan research centers to boost the emerging sector of the Internet of Things. The main objective is to become a laboratory platform for the research and innovation of smart city infrastructure elements and all the resulting value-added services. In other words, the project intended to provide the infrastructure of the city of intelligence through IoT solutions, which will allow the development of the smart cities sector.

On December the 16th, 2022, the Agrupació FEMIoT held the closing general assembly at Nexus I building auditorium (headquarters of i2Cat). Two IREC groups took part in this event: the Energy Systems Analytics group and the Nanoionics and Fuel Cells group. In this final meeting, a general overview of tasks and use cases, developed within the framework of the project, were carried out by the different project leaders.

FEM-IoT was conceived to offer solutions to the technological challenges of the Internet of Things and promote the competitiveness of the Catalan industrial sector. It was divided into two projects, P1 (Infraestructures del Carrer Connectat) and P2 (Valorització de les dades de la IoT). The main outcomes of P2 were explained in an earlier news release (here), while the main conclusions from P1 are detailed in the following paragraphs.

The main goal of the P1 project was to develop solutions for the sustainable power supply of nodes in a wireless sensor network (WSN).

The Nanoionics and Fuel Cells group from IREC contributed with the development of disruptive technologies for thermal energy harvesting. A prototype developed within this project was capable to provide the required power for sensing and transmitting data in a node of a WSN. The prototype is based on a micro platform generated ad-hoc with microelectronic processing (in collaboration with the National Center of Microelectronics-CNM-IMB). The device presents very high performance thanks to the active material consisting on silicon nanowires. This matching between micro and nanotechnologies allowed to take advantage of the unique features of nanostructures in the final prototype. The good performance was shown in a demonstrator, where the chip was subjected to a hot surface, and operated giving the required power and with virtually zero degradation after weeks of operation.

The breakthrough approach had a great impact on the scientific and technical community, demonstrated by the intensive dissemination, publishing six articles in high quality international journals and numerous presentations in congresses.

The consortium is formed by i2CAT (coordinador), CTTC, UPC, UOC, URV, CVC, UPF, Eurecat, Leitat and IREC. It started in May 2019 and lasted for 3 years.

The project is co-financed by the European Union through the European Regional Development fund (ERDF) Operational Programme Catalonia 2014-2020 and supported by the Secretary of Universities and Research of the Ministry for Business and Knowledge of the Government of Catalonia.